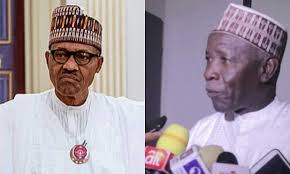 Engr. Buba Galadima, a former ally of President Muhammadu Buhari, has condemned the presidency’s defence of Isa Pantami, minister of communications and digital economy, over the latter’s past comments on supporting terror groups.

The presidency had said on Thursday that it stands by Pantami, who had in the past expressed views in support of terrorist groups like Al-Qaeda.

The presidency based its position on the fact that Pantami has “publicly and permanently condemned his earlier utterances as wrong”.

Speaking on Friday when he featured on ARISE TV’s ‘The Morning Show’, Galadinma said the presidency’s reaction shows that if anyone who commits a crime and expresses remorse is pardonable, then Joshua Dariye and Jolly Nyame, ex-governors of Plateau and Taraba states, respectively, should be released from prison.

Dariye and Nyame are both in jail for criminal misappropriation of public funds and abuse of office.

“This issue is not a question of religion, because I don’t believe Isa Pantami is a representative of Islam. It is an issue that negates the laws of our country. We can’t pick and choose. If anybody commits any offence, irrespective of his position, tribe, or religion, the law must take its course. This is a moral burden on the shoulders of this government,” Galadima said.

“We shouldn’t choose and pick because if anybody who commits an offence apologises and should be let free, then let the federal government release Jolly Nyame, Dariye of Plateau state; they have been jailed and they had remorse in court. Or those that are being interrogated for theft should be left off the hook if they apologise.”

Galadima added that since Pantami has admitted that he committed a crime, he should face the consequences.

“Pantami has already admitted his crime, so there is no need to investigate anything. He has already admitted and apologised. Whether the apology is good enough to exonerate him, that I wouldn’t know. It is opportunism by these clergymen all over, on both sides, that they play to the gallery because they want to draw attention,” he said.

“Now, he did that in a certain period and now he is reaping the fruits because he has been recognised and given an appointment. Now that his past was bad, it is important that he faces his own music.” 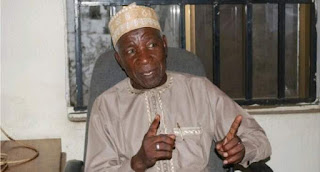