How Shekau, ISWAP Commanders Were ‘Killed After Botched Power Deal’ 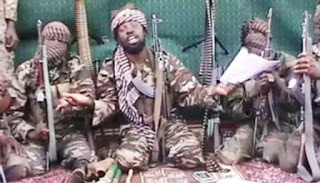 Abubakar Shekau, leader of the Boko Haram sect, was killed during a face-off with fighters of the Islamic State in West Africa Province (ISWAP), according to reports.

Citing an intelligence report, Daily Trust had reported how the Boko Haram leader lost his life after a fierce gun battle with ISWAP fighters.

The platform said ISWAP fighters in gun trucks had invaded Sambisa forest, a stronghold of the late Shekau’s group, on Wednesday, and Shekau was forced to surrender after his men were overpowered.

They had reportedly asked the Boko Haram leader to relinquish power but he was said to have opted to take his life rather than doing so.

“After his bodyguards were subdued, Shekau surrendered and engaged in hours-long meeting with the ISWAP fighters. During the parley, he was asked to voluntarily relinquish power and order his fighters in other areas to declare bai’a (allegiance) to ISWAP’s authority. They had expected Shekau to issue a statement.

“Sources within the insurgency, however, said that Shekau who secretly had a suicide vest on eventually blew himself up alongside everyone present during the negotiations. The identities of the people within ISWAP’s leadership who lost their lives to the explosion remain unclear at this time,” HumanAngle said in its report.

After the death of the group’s founder, Mohammed Yusuf, in 2009, Shekau emerged the spiritual leader of Boko Haram. Several times in the past, Shekau was rumoured to have been killed and fatally wounded during military operations.

But he subsequently debunked the claims by releasing videos and audios.

Deep disagreement among Boko Haram leaders had led to confrontation with Shekau.

Citing Shekau’s rigidity, Abu Musab, a son of Boko Haram founder Mohammed Yusuf, and a top lieutenant, Mamman Nur, broke away from him.

The break-way faction graduated to ISWAP and moved to Alagano and Lake Chad Basin, where they reigned.

Silence from the military

Even though the military authorities are yet to comment on the news about Shekau’s death, Daily Trust learnt that ISWAP’s claim is being verified.

Both the Department of State Services (DSS) and the army authorities are said to be verifying the claim.