Home » News » How UBA Official Was Killed, Buried At His Yobe Residence By Trusted Friend

How UBA Official Was Killed, Buried At His Yobe Residence By Trusted Friend

If Abubakar Hassan had known what laid ahead of him, he would probably have rejected the apartment offered to him at Red Bricks, an Estate on the fringes of Damaturu, capital of Yobe State. 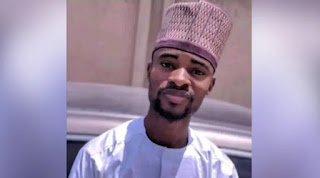 Hassan had barely spent six months at the apartment when his life was cut short by someone he trusted.

Friends, family members, colleagues are still in a state of shock over the incident that happened on July 22, 2021.

Maryam Salihu, a sister to the deceased, told Daily Trust that her late brother had been warned on his relationship with Umar Shaibu, also known as Abba, the prime suspect, and he had promised to severe contact with him.

According to Maryam, when her brother was offered the new apartment, he did not need to move with his belongings because the house had everything in place.

“The house that was given to him at Red Bricks had everything intact. So he had to dispose of his property where he lived before moving into the apartment.”

She added that her late brother gave her his cushion set and told her that Abba would deliver them to her. Maryam said that was her first time of setting eyes on the person who allegedly killed her younger brother. 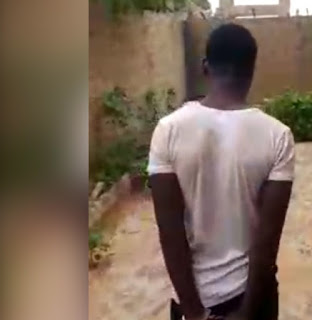 She said two weeks before he was murdered, the deceased called to tell her that Abba had stolen some of his properties.

“Three weeks ago, my brother told me that he (Abba) went to his house and stole his speaker, and his clothes. He asked if I remembered one of the clothes I bought for him? And I said yes. Then, he replied that the boy had stolen it and some other items,” Maryam told Daily Trust.

She said the deceased’s fiancée also told her how Abba allegedly stole from Abubakar on another occasion. In tears, Maryam repeated that her brother was about parting ways with the suspect when he was murdered.

While disclosing how she found out about her brother’s demise, Maryam said she got a call from the operations manager of the UBA branch in Damaturu, where he worked, that he was absent from work and they could not reach him.

She said not suspecting any evil, she confidently told the manager that he would report for duty later, adding that he was possibly being held back by something. But she said she started getting worried when she was called a few hours later and told that they had still not seen him at work.

“By 10am, they called again that they had not seen him. Immediately, I picked my car key and drove straight to his office where I picked somebody who followed me to his house.”

“On reaching his house, we found a blood splash on the wall. There was also blood stain on the ground; they tried to wash it off but the stain was visible. There were traces that they had swept it with broom. At the backyard, we also found stain on the grass. I jumped over the fence because there was no key, and opened the door and searched for him,” Maryam said.

She said she was worried seeing blood in the house, while her brother and some of his belongings were missing. 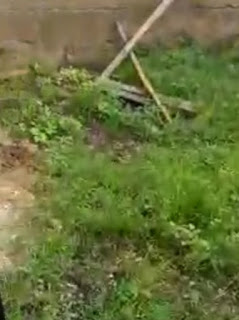 The bereaved sister said she headed to the police station where she filed a complaint and days later, the prime suspect was arrested.

While being interrogated at the Yobe State Crime Investigation Department (CID), Abba confessed to the crime.

Confession of the prime suspect

He narrated how he and some three other persons took the life of his benefactor.

“When we went to the house, four of us, we had the intention of stealing his generator. Modu and I entered the house first. We planned that those at the door should knock and when he comes out, we would hit him.”

“One of us was holding a iron, which was used to hit him. When those at the door knocked and he came out, CK knocked him out with the iron. I couldn’t draw near until when he was completely down. The other boys left. I told them that there was blood and we were not supposed to leave him there but they still left. So, I washed the place and buried him.”

The Police Public Relations Officer in Yobe, ASP Dungus Abdulkarim, said four persons have been arrested in connection with the murder.

Abdulkarim said upon interrogation, Abba confessed to the crime, stating that they planned to only rob the victim of money but ended up killing him, after which he was buried.

The brutal murder of Abubakar Hassan has left his family and friends in great shock.

“He was a nice person actually. He was somebody who was not troublesome. You barely heard him speak. He had a pure heart and was probably not thinking somebody would harm him,” said one of his colleagues at UBA, who did not want to be named.

On Saturday, the deceased’s loved ones held special prayers in his honour. One of those who attended said Abubakar’s untimely death was shocking but more shocking was how it was orchestrated by someone he trusted.