The Federal government, through the Central bank of Nigeria, CBN, recently placed a ban on cryptocurrency trading in the country.

In February, the Central Bank of Nigeria ordered banks to “identify persons and/or entities” who were conducting transactions in crypto or running crypto exchanges and “ensure that such accounts are closed immediately.”

It is, however, clear that the ban hasn’t had any effect as many people still engage in it. Daily Trust visits a school that accepts cryptocurrency as fees.

Kano’s New Oxford Science Academy Chiranchi is a nursery, primary and secondary school that made it into the news recently by announcing that it had started accepting payment of school fees through cryptocurrency against the earlier directives of the Central Bank of Nigeria (CBN) on this novel means of online transaction.

Few weeks later, it was gathered that not less than 10 parents have already paid their children’s school fees using that mode of payment.

It would be recalled that on February 5, the Central Bank of Nigeria (CBN) released a circular addressed to banks and other financial institutions with the directive that transactions in crypto currencies and facilitating payment for crypto currency exchanges were prohibited.

However, speaking with the proprietor of New Oxford Science Academy, Malam Sabiu Musa Haruna, who established a window for this platform, said the main rationale behind accepting cryptocurrency as a means of payment for registration and school fees is because the world is now a global village and it is the era of sophistication where digital currencies have become a welcome development. 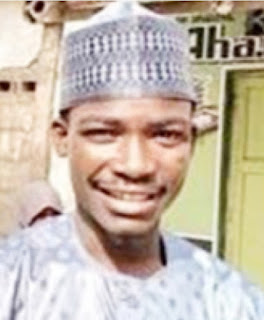 Located at Layin Takumashi, Panshekara road, Chiranchi area of Kano, the school is sandwiched between houses and the miniature structure of the school indicates that nearby residents are mostly students of the school.

He stressed that people ought to embrace this new development looking at how developed countries are already harnessing this opportunity because of the profitable advantages attached to it, which may eventually help in boosting a country’s economy.

The cryptocurrency is described as a digital asset designed to work as a medium of exchange where individual coin ownership records are stored in a ledger existing in a form of computerised database. However, it usually does not exist in physical form like paper money and is not issued by a central monetary authority. It uses decentralised control as opposed to centralised digital and central banking systems.

In April 2011, Namecoin was created and in October 2011, Litecoin was released.

However, Kano Oxford Science Academy does not accept bitcoins because it is very high and expensive, rather they accept Doge coin, Troy coin, FET coin, and shiba inu coin, the proprietor said.

Many youths in Nigeria have found transactions in cryptocurrencies profitable and rewarding, thus increasing its popularity. Similarly, it is believed that Bitcoin and other cryptocurrencies are unregulated in many countries and their legal status is unclear. As such, this implies that financial safety is really not guaranteed.

Also, there’s no record of any school in Nigeria that accepts cryptocurrency apart from Kano Oxford Science Academy.

Researches also revealed that no standard schools in developed countries like America, London or Germany have started accepting payment of school fees via crypto currency.

But the school proprietor, Malam Sabiu, is of the opinion that most of the developed countries are working to establish a regulatory framework before they start to accept it but cryptocurrency is the future and based on his analysis, it is believed that in the near future cryptocurrency will dominate all other currencies used across the world, especially the paper money.

Malam Sabiu added that: “Cryptocurrency is a digital economy and if Nigeria accepts it, surely it will boost its economy. So, we have started accepting cryptocurrency in order to boost our school’s economy also.”

It would be recalled that the Central Bank of Nigeria, in justifying the ban, explained that cryptocurrencies transaction was devoid of proper regulation and prone to financial crimes.

Speaking also how do parents feel about crypto currency as a means of payment of school fees, Malam Saleh Ahmad, who identified himself as one of the parents that paid school fees using crypto currency, said it is a strange reality but it is the future.

“It is a strange thing that seems impossible but with so much enlightenment, I’ve understood the reality in it and accepted the idea. I am so happy and looking forward to seeing other parents understand this reality and accepting it.”

Similarly, Bashir Abubakar Alkassim who also said he paid for his kids’ school fees through crypto currency, said he is very excited over the development.

“I am very excited and happy. Although, I was initially scared but later when the idea was explained to me, I understood and quickly made the payment,” he said.

Findings reveal that Nigeria has accounted for crypto transactions worth $566 million in the last five years. Also, according to the estimates, out of the top 10 countries for trading volumes, Nigeria ranked third after USA and Russia in 2020, generating more than $400 million worth of transactions.

A resident of the area where the school is situated, Umar Musa, said he does not see anything wrong in the initiative taken by the school, even as he confirmed that the school is basically a local school for the people living within its location.

“The school is always willing to make learning better for its students. To be honest, it seems like most of the parents are willing to provide and play every role for their children’s education"

He said the initiative of the school makes him wish he already has a child to enrol in the school.

Efforts to get the reaction of the state government was, however, unsuccessful as the state’s Commissioner of Education, Muhammad Sanusi Sa’id Kiru, could not be reached for comments.