US lawmakers have blocked the sale of some attack helicopters to Nigeria over purported poor human rights record of the Buhari administration. The deal worth $875million was for the sale of 12 AH-1 Cobra attack helicopters and accompanying defence systems for the Nigerian Military, it was learnt, are being blocked by the US Senate Committee on Foreign Relations. 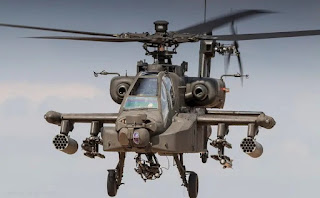 The Foreign Policy website reports that the details of the proposed sale were first sent by the U.S. State Department to Congress in January before the inauguration of President Joe Biden.

In addition to the helicopters, the proposed sale included 28 helicopter engines produced by GE Aviation, 14 military-grade aircraft navigation systems made by Honeywell, and 2,000 advanced precision kill weapon systems—laser-guided rocket munitions, according to information sent by the State Department to Congress and reviewed by Foreign Policy.

The report said the US policy makers are torn between balancing national security with human rights objectives.

They reportedly expressed huge discomfort with the human rights records of the Buhari’s government.

Instances cited include the recent ban on the micro-blogging platform, Twitter, the alleged crackdown on #EndSARS protesters in October last year, among others with the US lawmakers calling for cautions in engaging with Nigeria.

Chairperson of the Senate Foreign Relations Committee, Sen. Bob Menendez, was quoted as calling for a “fundamental rethink of the framework of our overall engagement” with Nigeria during a Senate hearing with U.S. Secretary of State Antony Blinken in June.

Both Menendez and Sen. Jim Risch, the top Republican on the Senate Foreign Relations Committee, have placed a hold on the proposed arms sale, according to multiple U.S. officials and congressional aides familiar with the matter, who spoke to Foreign Policy on condition of anonymity, the website reported.

Observers also cite instances of abuse by the military as responsible for the current impasse on the sale of helicopters.

“There is a culture of impunity that exists around abuses by the military,” said Nigeria researcher at Human Rights Watch, Anietie Ewang who was quoted by the Foreign Policy.

He added, “I’m sure it’s a difficult situation. There are so many conflicts springing up across the country now. The authorities, I presume, are trying to do the best they can to save lives and properties. But this must be done in accordance with human rights standards. You can’t throw one out just to be able to achieve the other.”